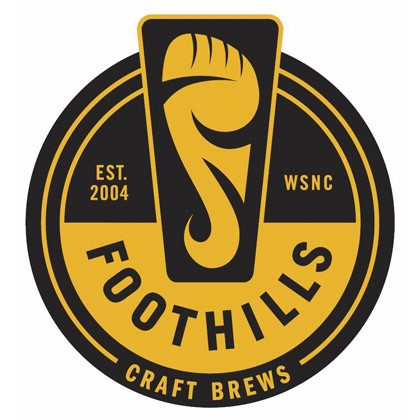 Downtown Winston’s award-winning brewery featuring some of the best hand-crafted beers in the Southeast! Foothills began brewing beer at its West 4th Street location in March 2005, with three 15-barrel fermenters. Jamie and his brewers managed to crank out 800 barrels of beer that year, and doubled that output the following year.

As demand and production continued to increase, the need became obvious for more space. The solution came in the form of a 50,000 square foot warehouse a few miles away, an old manila envelope factory that was retro-fitted with brewing equipment and became Foothills’ main production facility.

Today both brewery locations continue to produce Foothills’ top-quality beers. While they don’t offer official brewery tours (yet), if you ask nicely at the brewpub you can probably get a peek at the operation. Eventually, they’ll have a tasting room open at their main facility, complete with tours.

The Foothills experience does not end with beer, however. Chef Shane Moore offers a menu sure to satisfy any palette. Beer selection goes hand-in-hand with their menu, and several dishes incorporate a Foothills beer into the recipe. Add their house recipe ale-based ketchup or a house-made pickle and you’ll find that the food is as fresh as their beer.